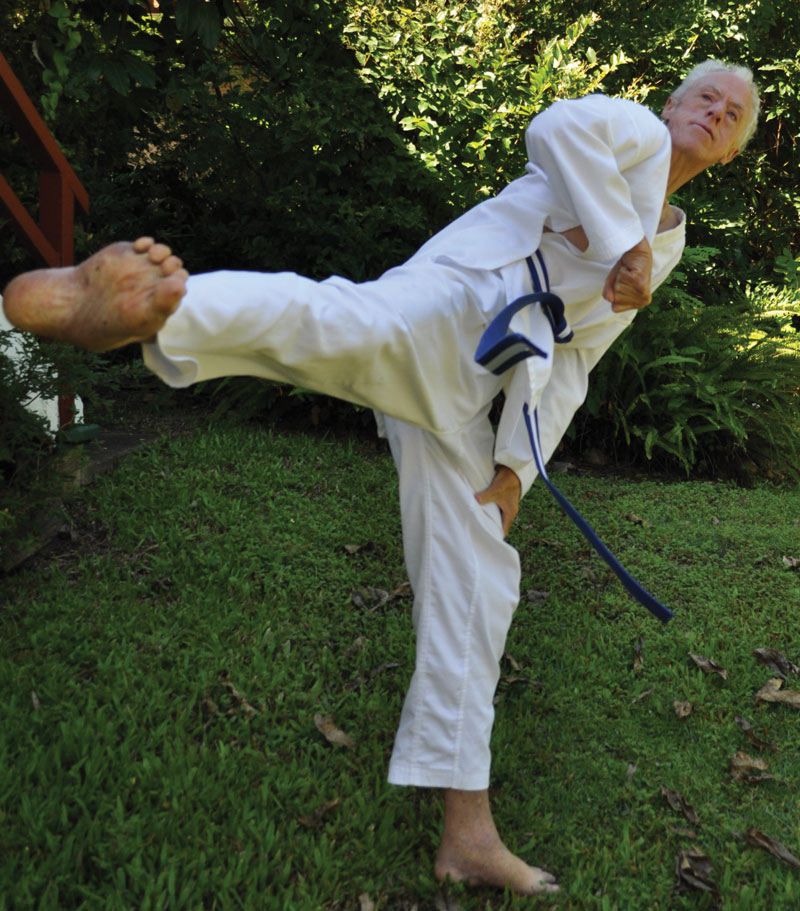 Michael, 61, is the oldest student in his class at Sun Bae Taekwondo and Hapkido and started the martial art almost four years ago.

“I get asthma and got into taekwondo to improve my breathing and co-ordination,” he said. “I love everything about it. It is very demanding and physical. It is not just kicking, you have to do patterned exercises too.”

Michael participates in competitions and recently received the 2017 Instructor’s Award at his Indooroopilly club. “I was very surprised at that,” Michael said. “When I got the trophy I kissed it. I will keep going as long as my body can.”

But taekwondo is not Michael’s only love. He has been recognised by the Sunshine Welfare and Remedial Association for his work there and also loves writing, having produced a small book about his love for Honey, his teddy bear.