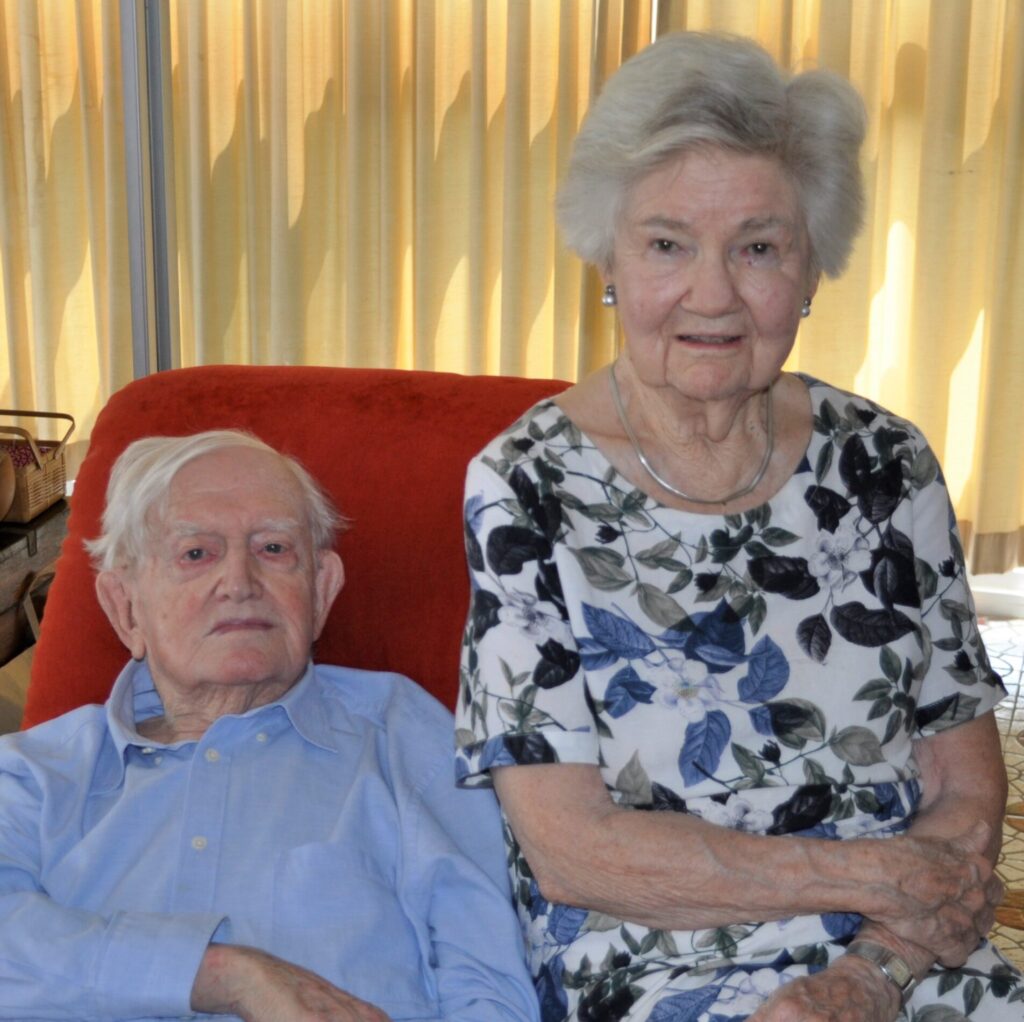 A friendship sparked at the University of Sydney has led to 70 years of marriage for Jubilee clients Ross and Lyle Humphreys.

The couple celebrated the milestone with family at St Lucia Bowls Club recently after the February 23 anniversary date.

The pair met while Lyle was studying English and Ross agriculture. After university the couple moved to Scone where Ross worked with the Soil Conservation Service. The couple’s first two children were born in Scone and their third and fourth after a move to Gayndah.

Lyle later worked as a librarian. Ross spent his career working on foreign aid projects, research and the publication of six books. Ross’ work regularly took the couple overseas and he later was appointed an Emeritus Professor and the Pro-Vice-Chancellor of Biological Sciences at the University of Queensland.

And the key to a happy marriage? Both agree it is a sense of humour. “We’ve always had a good marriage and we are very fortunate,” Ross said.

Lyle follows up: “We have had four children and that has always been the greatest achievement for me.” “I never thought I would travel like I did … because of the work Ross did it allowed us to go to all sorts of places. It has been much more interesting than I would have expected.”