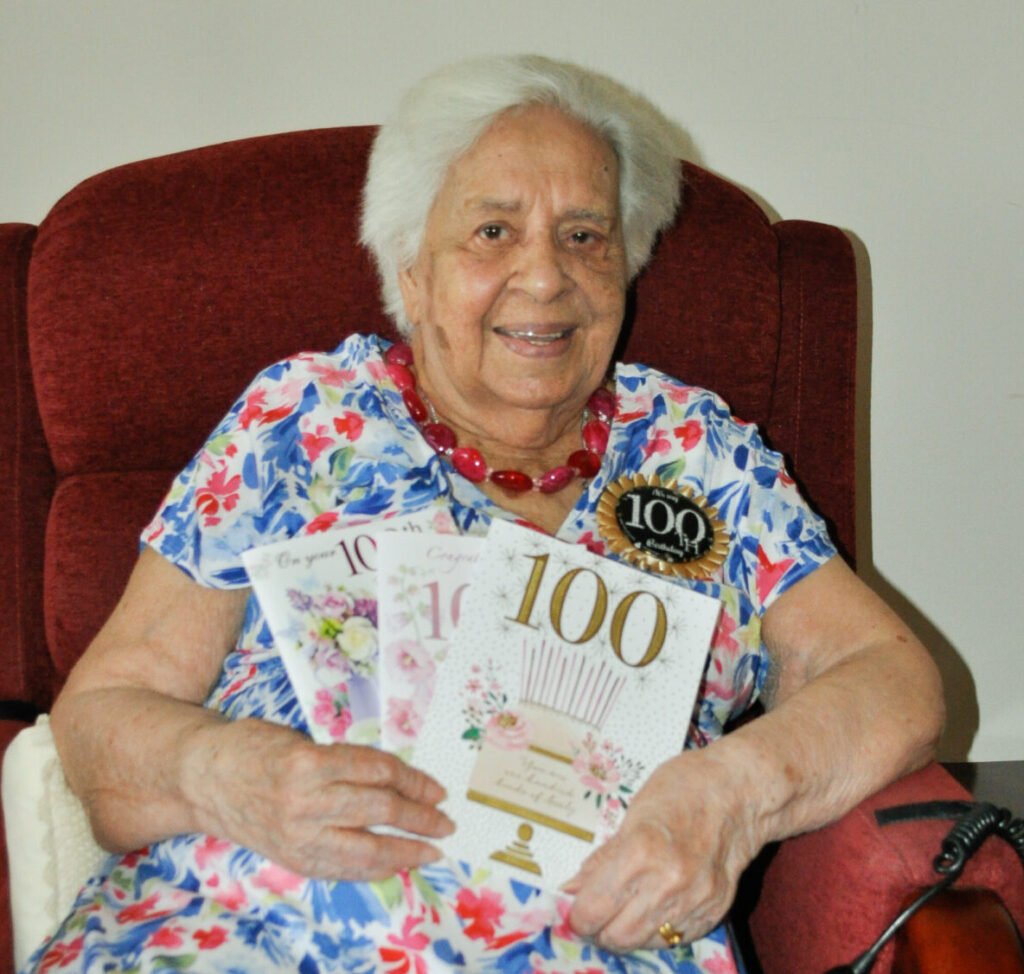 Three weeks of celebrations were held to mark the 100th birthday of Jubilee client Isabel Chase.

Isabel turned 100 on February 7, celebrating with family and friends in person and online. She received dozens of birthday cards from around the world as well as letters from the Queen and Australian dignitaries.

Isabel was born in India, the second of nine children who grew up on an army base.

She met her late husband Stephen through her church, with the pair marrying just six months later. “When you know, you know!”

Isabel said of her love for Stephen and their short engagement.

The pair had three daughters and one son, Isabel raising the children while also working with youth in her church. She and Stephen, a senior staff bank officer, came to Australia when Isabel was 47.

“When I came here I had to get a job but I didn’t know how to do any paid work,” Isabel said. “I worked at St Moritz Cafe in Albert St in the city – making sandwiches, washing dishes and other things – for 22 months.

“Then I started my own business as a hawker, selling things door to door. I hired six ladies and then 100 ladies. I enjoyed that,” Isabel said of her time selling handmade crochet lace items such as tablecloths, runners, placemats and other manchester imported from India.

Isabel ran Chase Products for 25 years before selling it to her daughter Margo.

And Isabel’s secret to old age? “I don’t drink tea or coffee, I don’t smoke or drink alcohol,” she says. And daughter Margo says she despises vegetables and eats three desserts after every meal!