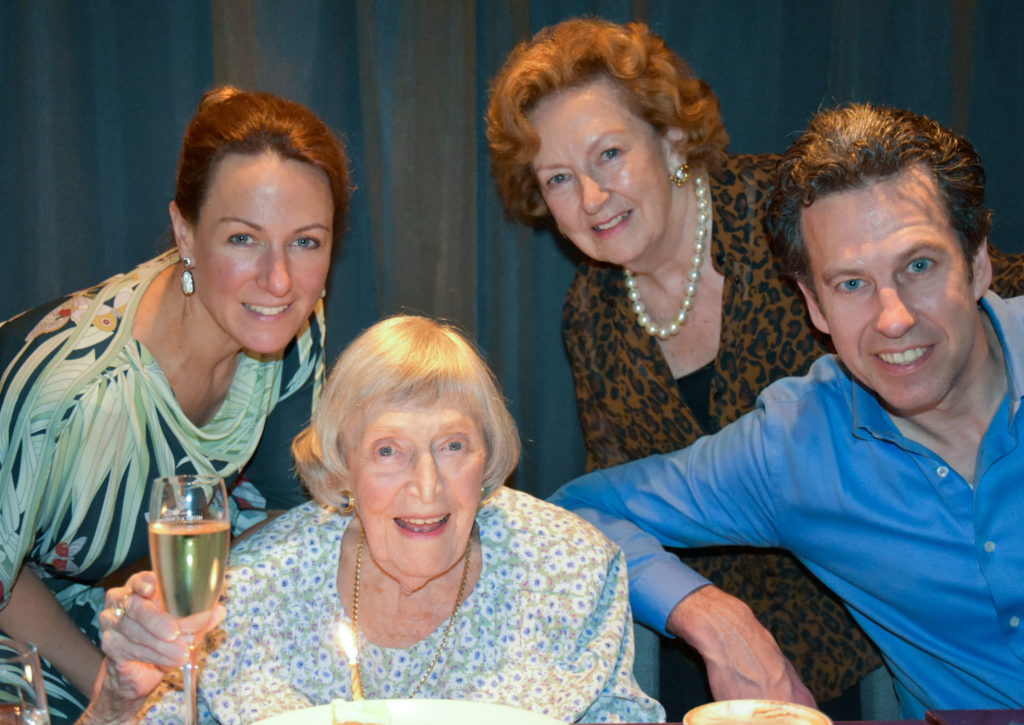 Jubilee Community Care client Jean joined an exclusive club on February 25 when she celebrated her 100th birthday. Jean was the centre of attention at a party that included family, interstate visitors and longtime friends.

Daughter Juleen said Jean was thrilled to have marked the milestone. “My daughter Ainslie, who lives in London, and my son Warwick who lives in Canada, Jean’s only grandchildren, flew over for the special week,” Juleen said. “Also there were old neighbours and friends mum hadn’t seen in 30 to 40 years, but they had always kept in touch so it was very exciting and quite overwhelming for her.”

Juleen said Jean loved receiving her letters of congratulations from Her Majesty the Queen, the Governor General, Prime Minister, Lord Mayor and local politicians. “She was thrilled she actually made it to 100 and has had a wonderful week of celebrations.”

Jean was born in Brisbane in 1920 soon after her parents arrived from England. She grew up in Sherwood, attending Sherwood State School and St Aidan’s Anglican Girls’ School. Jean had her own hairdressing business before the family moved to Darwin. Moves to Sydney and Adelaide followed before Jean and her family returned to Brisbane in 1970.

And Jean’s secret to old age – “Eating vegetables – the more the better,” Juleen said of her mother’s practice. “Though never a vegetarian, no meal was complete without at least four or five different vegetables,” she said. “In fact, though she is no longer able to type or correspond, when Jean’s grandson created an email address for Jean many years ago he made her password Veggies!”