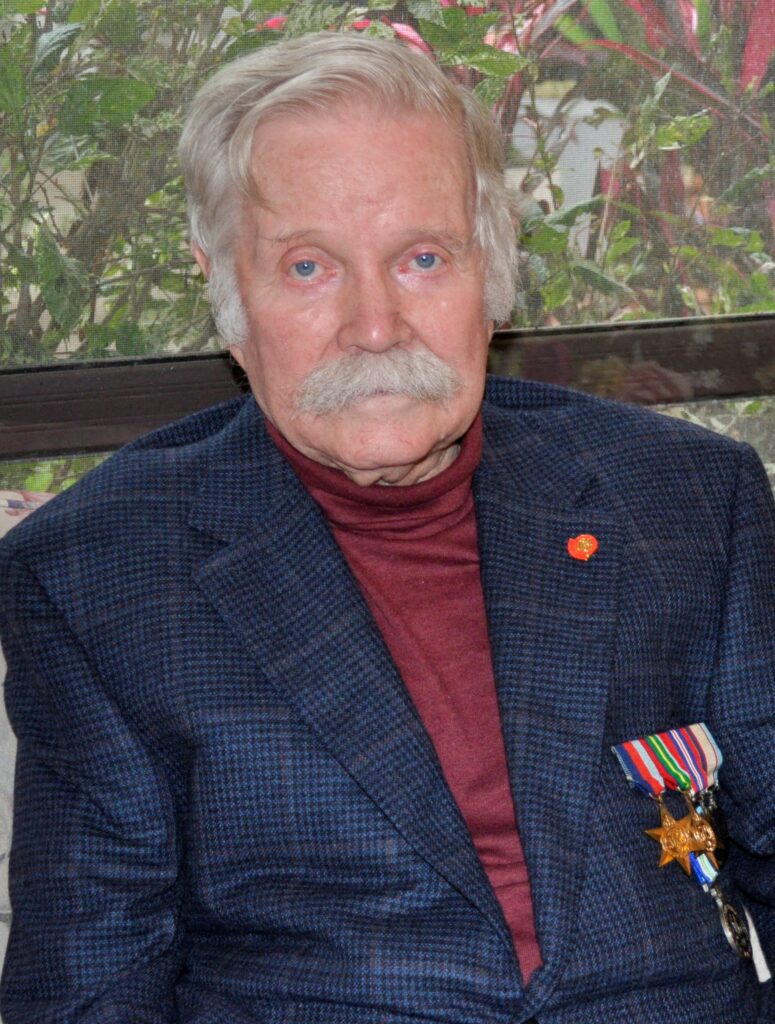 The problem with advanced age, according to 96-year-old Henry Martell, is that your school friends, university chums and army mates are no longer around to discuss the old days. Henry and his 90-year-old wife Diana still live at home in the leafy western suburbs of Brisbane and relish their friendships made through the Jubilee Community Care Wanderers activities program.

“I have some good friends there who are not quite as old as I am, so that is handy for me,” Henry says. “I’ve made quite a few friends there. One is now 102.”

Henry, a World War II veteran, has outlived all his army mates and having moved to Brisbane in retirement, missed the company of his Melbourne friends.

He was introduced to Jubilee Community Care for home help by the Department of Veterans Affairs almost a decade ago and remains an enthusiastic member of the Jubilee Wanderers.

During the past seven years, Henry and Diana have been on outings to villages, country clubs, hotels, restaurants, and animal farms – and they still love boarding the bus and getting out with companions.

“It’s a very special group,” the retired academic says. “People come from all around Brisbane, so we do a lot of tootling around picking everyone up before we head off. They do a great job. We have been to places we had never heard of and never would have thought of going.”

Although Henry says “at 96, you slow down a bit”, he doesn’t seem to have slackened off yet. Every week he and Diana head off somewhere on an adventure.

“I never would have thought of going to a golf club near Ipswich for lunch, but that’s where we went and we enjoyed it very much. It’s very pleasant,” Henry says.

He was born in Sydney and after matriculating from Sydney Grammar School at 18 in 1942, he went straight into the Army. The day he turned 19, he was told he would be going overseas.

He was one of about 20 Australians to join an American troop ship in Brisbane headed for the US base at Torakina on Bougainville Island.

“All sorts of things happened during this time,” he says. “Some I remember very well and some it’s better to forget.”

One of his more memorable experiences was after the invasion of North Bougainville where the troops were at risk of running out of ammunition.

“We were told to take some ammunition up to them, so we loaded up a small ship (about the size of small trawler) and crawled up the coast hoping we didn’t get picked off,” he says.

“When we got there, we couldn’t beach the boat because of a reef so I had to get into the water and wade to shore with the boxes of ammunition.

“There was lots of noise as the Japanese were closing in. Bullets were flying and we had to carry all this stuff through the water.”

When it was finally landed, Henry discovered that in the rush and turmoil, he had left his rifle on the boat, but when he returned to get it, his boat was gone.

“It was in the line of fire and had left. That was bad but when you are 20 it is not so upsetting,” he says. “It was a very bad business getting them out under fire, picking people off as they tried to escape on the little ships.”

He then turned to help carry the wounded through the water to a small hospital ship that was more the size of a yacht.

“For a long time, I blotted it out of my mind,” he says. “When I got back to Torakina the CO decided I had to go to another small island. We went by plane and it wasn’t in very good condition. The exit door wouldn’t stay shut so we took it in turns to lean against it to stop it opening.”

He was on the remote island when the war ended.

“One day a New Zealander arrived in a plane and said, ‘by the way, the war is over’. Eventually we were picked up and taken back to Torakina,” he says.

In all, he spent four years in the Army, his last posting being to an ammunition area near Muswellbrook where, while in charge of the sergeant’s mess, he was introduced to a young warrant officer from New Guinea.

“We got on well together and spent our weekends in Sydney. Eventually I married his sister.”

Henry’s wife Diana was born in Rabaul, New Guinea, where her father was the island manager for Burns Philp. She and her mother had managed to escape just a fortnight before the Japanese invasion and went to Sydney.

“Their house was the first one blown to smithereens. She never saw father again,” Henry says. They were married in Cornwall 67 years ago.

After the war Henry went straight to university in Sydney and then on to London.

During a visit, his mother thought it a romantic idea to run an English pub but was denied a licence. An older Australian woman was not acceptable, but her son was, and Henry found himself landlord of the Ram’s Head in a village in Devon for two years.

From there he went on to manage a plantation growing cocoa and coconuts in New Guinea for a few years, then finally settled in Melbourne, where he was a tutor and lecturer in Asian studies.

He was at LaTrobe University when it opened in 1967, and moved to Melbourne University until his retirement more than 30 years ago.

The warmer climate drew the couple to Brisbane, but he still loves catching up with former students in Melbourne.

“Most of them are grandparents now. They like to see me because it makes them feel young,” he says. “They can say ‘here we are with our lecturer’.”